Wetherby’s External Wall Insulation system has been installed to Swedish Designed Timber Framed Properties on the Island of Harris in the Outer Hebrides in partnership with Hebridean Housing Association and Scottish & Southern Energy.

The works involved improvements to the Council’s timber framed, hard to treat, non-traditional build properties which comprises of two-storey semi-detached and terraced properties.

The Wetherby system involves the installation of a vented rail carrier system, that creates a cavity between the insulation boards and the existing structure, this ventilation allows the existing wooden framework permeability. The 600mm wide ventilation channels in this system helps reduce condensation and moisture within the property, by allowing the moisture and condensation to escape via the perforated starter track.

The system was finished with an attractive Wetherby silicone render finish in white. 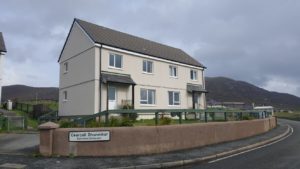 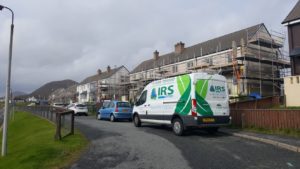 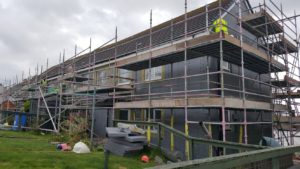 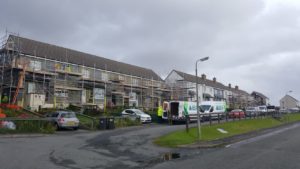 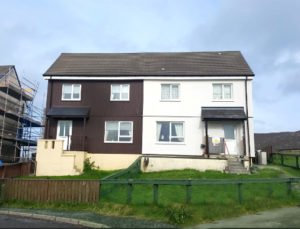